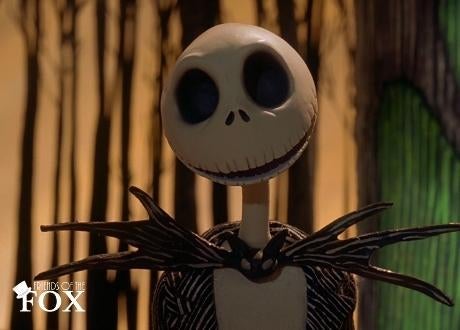 “The Nightmare Before Christmas” is a cult-classic stop-motion animated film conceived by Tim Burton, with songs and musical score written by Danny Elfman. Jack, the Pumpkin King of Halloween Town (voiced by Chris Sarandon and Elfman) grows tired of the repetition of celebrating Halloween each year. While wandering the woods deep in thought, Jack discovers Christmas Town and decides to take over the holiday to try something new. Sally (voiced by Catherine O’Hara) tells Jack of her premonition that his efforts will end in disaster, but Jack moves forward with his plan, asking Sally to make his Santa Claus suit.

The film was nominated for the Academy Award for Best Visual Effects, a first for an animated film, and is credited for innovating the stop-motion art form. “The Nightmare Before Christmas” has a 95% positive rating on Rotten Tomatoes and is a must-see on the big screen. Doors open at 1:00 PM. Dave Moreno plays a live concert at the “Mighty” Morton organ at 1:30 PM. Our master of ceremonies, Matías Bombal announces the movie at 2 PM.

Friends of the Fox offer complimentary drinks and snacks, and a tour of the theatre after the film. Donations are greatly appreciated. The Friends of the Fox is a volunteer, non-profit organization offering a monthly classic movie experience at the Bob Hope Fox Theatre. Founded in 1995, the Friends of the Fox supported the restoration of the Theatre through significant fundraising efforts. More than 25 years later, the organization continues to promote the Theatre as an integral part of the Stockton community and the “Crown Jewel” of downtown Stockton’s revitalization efforts.
TICKETS$12 For Adults | $6 for Children age 12 &amp; Under
Website