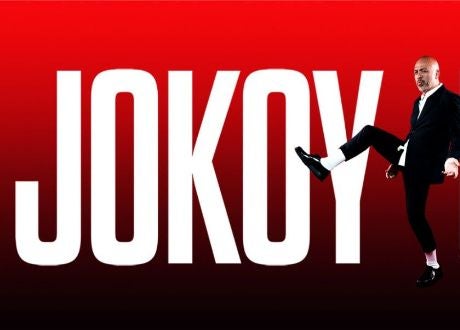 As one of today’s premiere stand-up comics Jo Koy has come a long way from his modest beginnings performing at a Las Vegas coffee house. The hugely relatable comic pulls inspiration from his family, specifically, his son.
Koy started 2020 with a bang with four sold out shows and selling over 25,000 tickets at both the Chase Center in San Francisco and The Forum in Los Angeles. He continues selling-out and breaking records at some of the most prestigious venues around the world.

He was given the prestigious “Stand-Up Comedian of The Year” award at the 2018 Just For Laughs Comedy Festival in Montreal. He has had four highly rated and successful comedy specials on Comedy Central and Netflix. In June 2020, the comedian released his first variety special, Jo Koy: In His Elements on Netflix. Koy brings the laughs and beats to Manila, spotlighting local culture in a one-of-a-kind show featuring Filipino American comedians, DJs, and B-boys. His 2019 Netflix special, Comin’ In Hot, is also streaming world-wide.