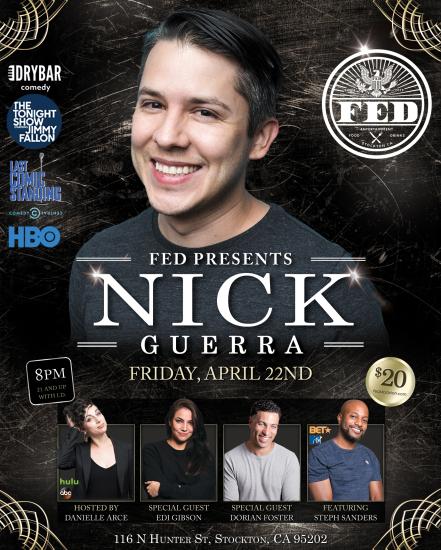 Join them for a night of food, entertainment, and drinks at FED!
Nick Guerra is one of the most exciting breakthrough comedians quickly making an impact on television and winning over audiences across the country with his high energy and hilarious show. Most recently, Nick made his stand-up late night debut on The Tonight Show starring Jimmy Fallon. Nick has also featured on HBO, Comedy Central, Dry Bar, and Last Comic Standing!
There are a slate of hilarious comics set to open the show. Doors open at 6pm for food and drinks. The show starts at 8pm. Two drink or one entree minimum per guest. This event is by pre-sale reservation.
Admission:$20.62
Website