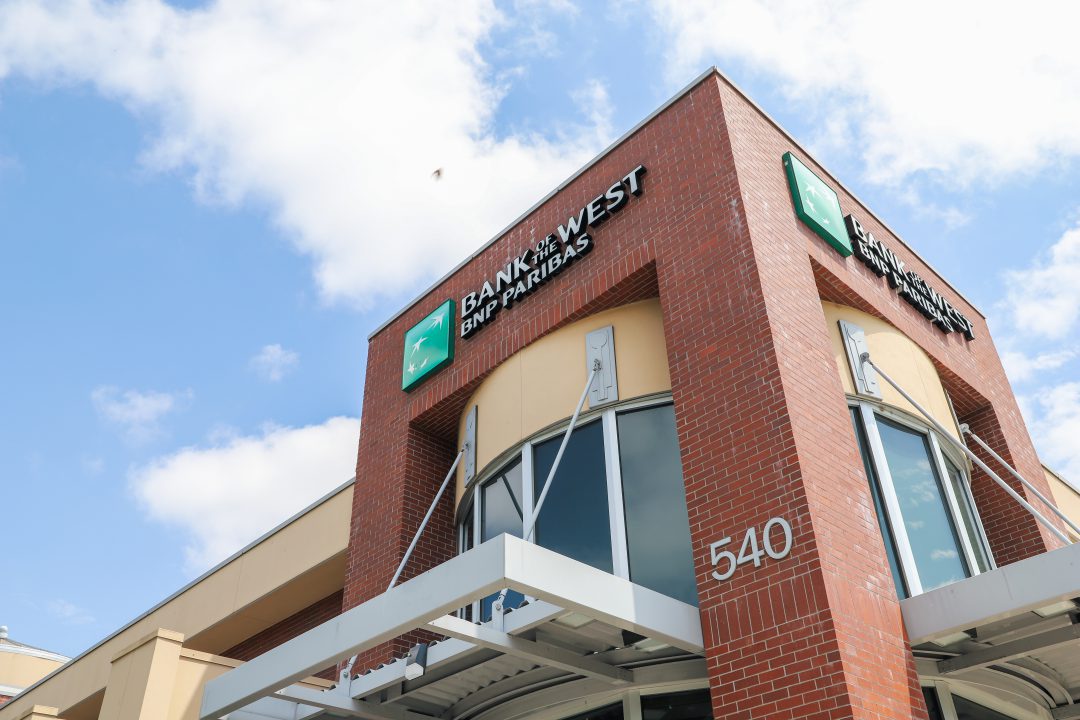 The Downtown Stockton branch is open Monday – Friday. It has a drive up window, an ATM and a full service bank lobby.

Bank of the West has started over 135 years ago. In 1874, the bank opened its doors on the California frontier as Farmers National Gold Bank. With time they became one of the largest financial institutions in Bay Area. In 1979, they changed to Bank of the West to reflect their desire to grow and to provide their style of relationship banking beyond the Bay Area. Today, they have branch and commercial banking offices across the West Coast, the Southwest, the Midwest, and the Rocky Mountain states. Since 1980, they have been affiliated with BNP Paribas, a leading bank in Europe with an international reach. In 2001, their holding company BancWest Corporation became a wholly-owned subsidiary of BNP Paribas.